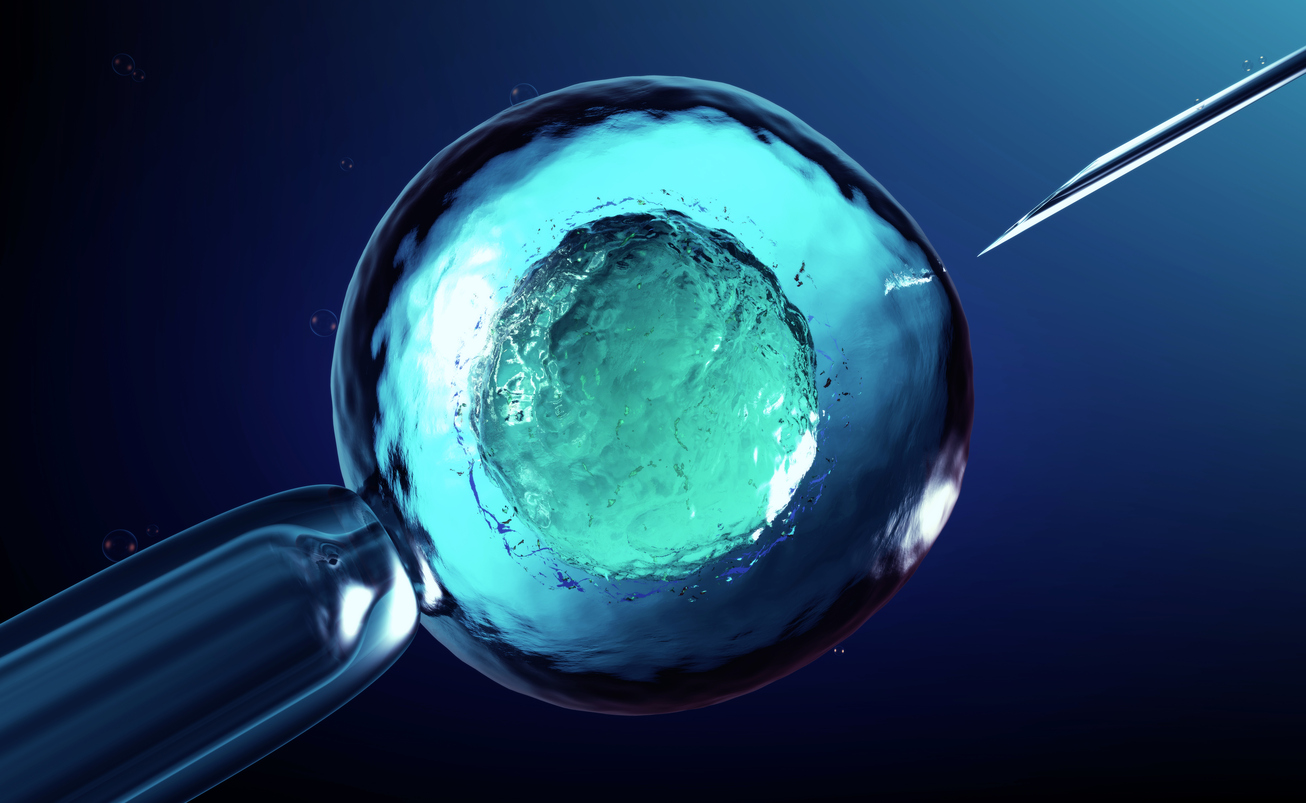 I will present in this blog my perspective on PGT-A and its use in IVF.  This is my opinion.  I will present available data so you are more informed and can formulate your own decisions.

Genetic testing of embryos has evolved from polar body biopsy to blastomere biopsy (removing one cell from embryo) to the current approach of removing approximately five cells from what is called the outer cell mass or trophectoderm (the cells destined to become the placenta).  Laboratory techniques have also evolved to where most laboratories now use Next Generation Sequencing (NGS) to evaluate the genetics of the cells.

There are two principle issues to discuss with IVF – success rates and embryo mosaicism (which we will discuss in detail later in this blog).

Under age 35 about 27% of embryos are genetically abnormal (aneuploid).  Over age 40 this percentage increases to over 70%.

Biopsy is performed at the blastocyst stage (Day 5 or 6). A few cells from the outer-cell mass (this is what develops into the placenta, not the fetus) are removed.  The embryos are then cryo-preserved.  The cells obtained at the time of biopsy are sent off to Natera, the facility we use for PGT-A.  The cells are analyzed and information is provided regarding which embryos are genetically normal or which embryos are genetically abnormal in PGT-A, allowing us to transfer normal embryos in a subsequent cryo-preserved embryo transfer attempt.

While there are some studies suggesting higher success rates with PGT-A, and certainly some proponents of the routine use of this technology, the majority of studies have failed to demonstrate its effectiveness.

The development of PGT-A led many to anticipate dramatically improved IVF success rates. The rationale being that if we know the embryos we are transferring are genetically normal, success rates should be much better.  This unfortunately has not been the case.

A large European study of PGT-A (Verpoest, Human Reproduction 2018 Sept; 33(9): 1767-1776) demonstrated very similar pregnancy rates in the PGT-A group vs the group with no PGT-A (24% vs 24%).  They did note a slightly decreased miscarriage rate in the treatment group.  They concluded, however, that their results confirm the “widely accepted” view that PGT-A will not increase live birth rates in IVF.

The American Society of Reproductive Medicine issued a committee opinion in 2018 stating, “The value of PGT-A as a screening test for in vitro fertilization has yet to be determined”.  Dr. Gleicher (Repro Biol and Endocrinology 2014 12(22) concluded, “The only potential justification for the utilization of PGS, based on current knowledge is in our opinion in good prognosis patients with large numbers of high quality embryos who have failed multiple prior embryo transfers.”

A second large study (Munne et al Fertil Steril. 2019 Dec;112(6):1071-1079.) involving over 600 women and multiple leading IVF and PGT-A centers throughout North America showed that “PGT-A did not improve overall pregnancy outcomes in all women”.  There was a small improvement in ongoing pregnancy rate in women age 35-40, but overall no improvement in success rates was noted with the use of PGT-A.  In summary, performing PGT-A and transferring a genetically normal embryo in a subsequent cycle does not have a better success rate than evaluating the embryos morphologically and transferring those that appear healthiest under the microscope.

“Among women 37 years old or younger, IVF-PGS does not improve clinical pregnancy and live-birth rates, nor does it reduce miscarriage rates.  Among women older than 37 years, IVF-PGS does improve clinical pregnancy rates and live-birth rates when the data are analyzed per ET.  However, when the data are analyzed per retrieval, this advantage does not persist.”

“Women need to be aware that it is uncertain whether PGT-A with the use of genome-wide analyses is an effective addition to IVF, especially in view of the invasiveness and costs involved in PGT-A.  PGT-A with FISH (an older genetic laboratory technique) for the genetic analysis is probably harmful”.

There is also the issue of mosaicism.  PGT-A is performed by analyzing the genetic constitution of cells from the outer cell mass of the blastocyst, also known as the trophectoderm.  Mosaicism refers to the fact that chromosomes of the cells biopsied may be different.  Five cells are biopsied, and results are reported as normal (100% {five of five normal}), mosaic (20-80% normal), and aneuploid (80% or more abnormal).

It is estimated that the false positive rate of PGT-A is 40% (the PGT-A testing suggests the embryos are genetically abnormal while this is not really the case.  This means that about 40% or embryos recommended for disposal are genetically normal.

Furthermore, embryos are capable of self-correction – correcting genetic abnormalities during further development – while the biopsy may demonstrate an abnormality the embryo may have the potential to self-correct and be perfectly normal.

There are over 400 reports of healthy births following transfers of reportedly genetically abnormal embryos.

PGT-A is not free, and adds significantly to the cost of doing IVF (one estimate is the PGT-A costs about $4,768 per attempt).

It is, in my opinion difficult to demonstrate that this additional expense is worthwhile.  PGT-A does not seem to improve pregnancy rates (in most circumstances), it frequently provides information that is not reliable, and it does involve a significant insult to the embryos. While PGT-A does improve success rates in women over age 38 per transfer, success rates per retrieval are not improved.  PGT-A is not indicated for women under age 38.  Women over 40 may benefit from PGT but need to understand that improvement in success rates are per transfer, not per retrieval.

PGT-SR (Pre-implantation Testing for Structural Rearrangement) and PGT-M (Pre-implantation Genetic Screening for Monogenic disorders) obviously have a role – transmission of specific inheritable diseases can be avoided.  of the more controversial topics in Assisted Reproductive Technology (ART) and In Vitro Fertilization (IVF) is Preimplantation Genetic Testing (PGT-A).  The journal Fertility and Sterility recently devoted seven pages to a debate among experts in the field